A week of playing around, both outside and inside. 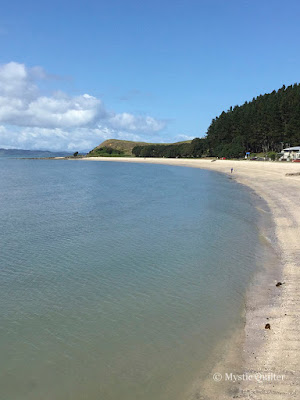 A ride along the coast road 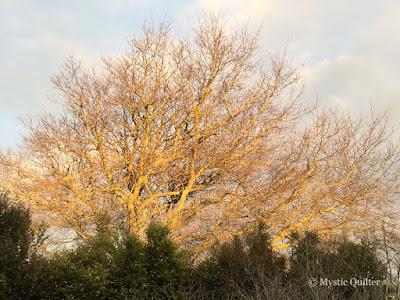 the early morning light hitting the still bare branches on the oak next door.

Last week was going to be playing week for AHIQ but somehow
I just couldn't get into it and changed tack, ended up playing with one of the blocks 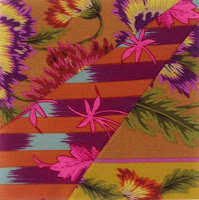 I needed to work on something simple without seams and points
having to match up! 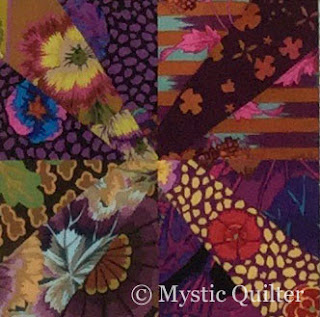 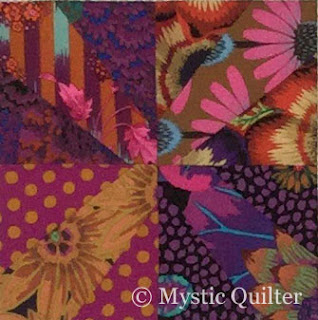 I didn't want high contrast fabrics in this small piece I'm making
I was trying for more of a blended look. There'll be nine blocks in all
in a rather more traditional layout for
a modern free style block. There should be something more in my post
later in the week.

I'm linking up with Angela for RSC 2015Angela and RSC 2015 on the
grounds that there is some orange in the blocks but only a little!

Before I go back to my machine can
I say a big thank you to all who left comments and sent emails
after my last post about Seamus, I have tried to
reply to all but if I have missed anyone please accept my apologies!
Your kind words were very much appreciated!

posted by Mystic Quilter at 3:26 PM

Your two new blocks are just so rich looking--you do have a way with blending those fabrics so well...hugs, Julierose

I LOVE the fabrics in those blocks!!!

Such beautiful surroundings. And such a well-blended playtime.

Lovely pictures, I see the orange.

oh, I am sorry about Seamus. What a beauty he was. So elegant.
I adore the picture of your husband and him.

Your fabrics are beautiful and do blend well. That quote from Da Vinci is interesting. Obviously he was not a quilter. No need for stashing fabric.

I look forward to seeing your blocks come together. I totally get not wanting to deal with matching points sometimes. I also love to be on that beach right now.

I love the way you are using these fabrics to blend together; it's very effective - rich strong colours but a very calming overall look.

I recently got that book and love it, though I can't decide where to start. Clearly you DO know where to start - love your block so much!

You really did achieve a great blended look. Such fun fabrics to play with.

Windmills has become one of my favorite blocks. Your fabrics are especially wonderfully selected. It will be fun to see your next step on this.

I totally understand the need to work on something that doesn't require matching points and such. These turned out beautifully.